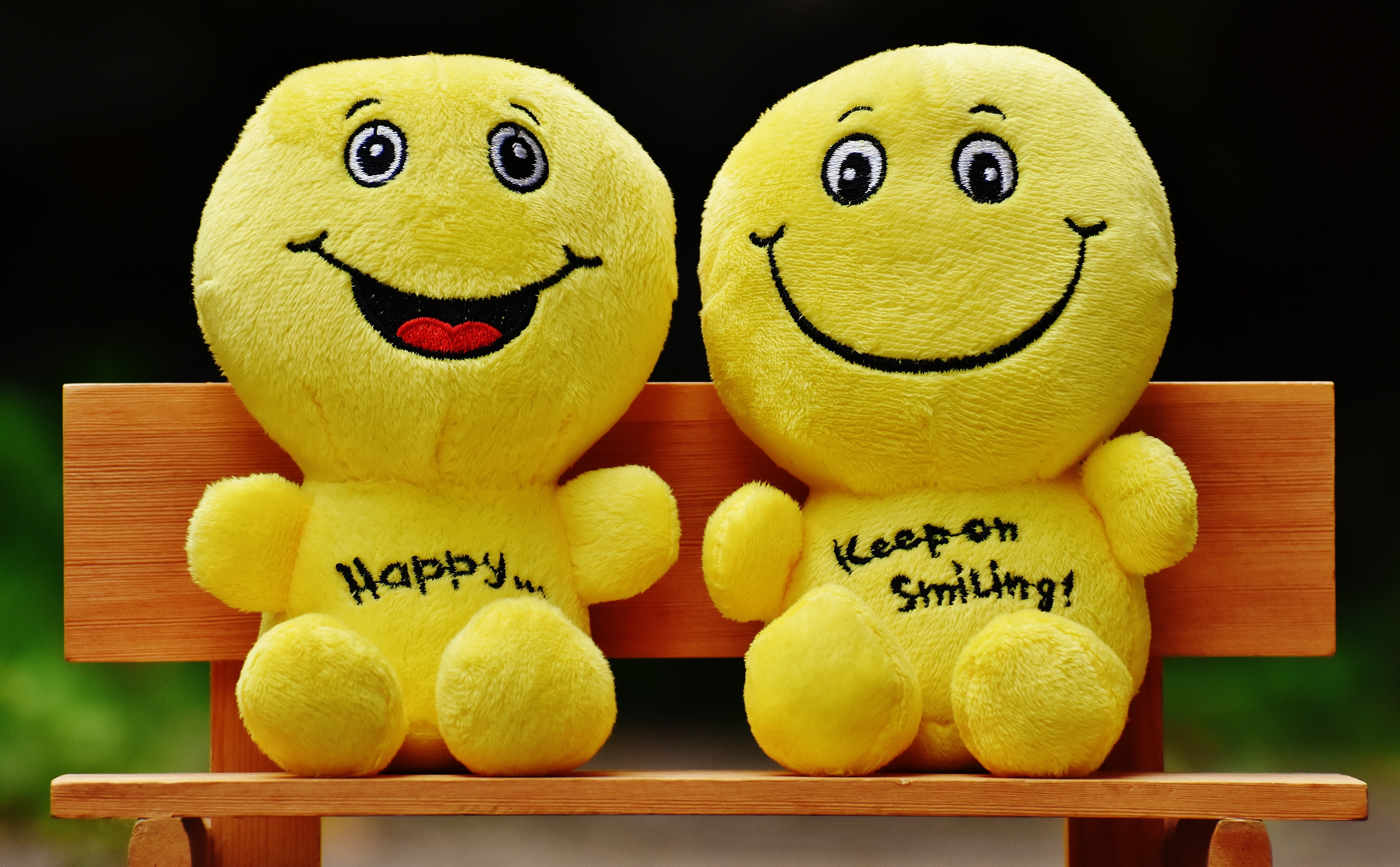 Before reading any further, if you’re someone with a short attention span AND/OR has zero sense of magic and mystery AND/OR if you’re someone who’s prone to outrage, most especially over political incorrectness, then you may want to stop reading now before you get triggered.

Still with me? Great, maybe you can help me heal the world!

“You have enemies? Good. That means you’ve stood up for something, sometime in your life.” – Winston Churchill

By trade, I’m a Marketer and damn good one! Why? Largely because it’s the career path that aligns best with what I really am: a communicator to the soul.

This is a very recent epiphany I’ve had and it’s one of two. The second is that I didn’t choose my career/life path; it chose me!

Still-still with me? Outstanding, now you get some stories!

When I was about 6 years old, my grandparents retired to a very rural area in Cornwall Ontario, Canada. They bought a large piece of land that was surrounded by forest and built a house. Occasionally, stray cats would wander onto the property and my grandparents would care for them. One of those cats they named Topaz and she was pregnant. I was really excited for the arrival of the kittens. So I was disappointed when I learned that although she’d given birth, she did so somewhere in the forest. When I suggested we go look for them, all the adults insisted we’d never find them, but reassured me that Topaz would have found a safe place and that they’d be ok and would emerge when they were old enough.

Later that weekend, I was playing outside, and Topaz started following me around. At one point, she paused for a little, looked into the woods attentively, and then caught up to me again. Being slightly empirically minded, I decided to circle the house a few times, with Topaz following me all the way. Sure enough, every time we arrived at that spot, Topaz would pause, ears perked up, looking in that same direction. I told the adults I knew which way to go to find the kittens. The adults were still doubtful but accommodated my enthusiasm nonetheless. We found the kittens under an overhanging rock and brought them back to the house.

The point of this story is that I didn’t need words to communicate with a cat. Just a little body language and empathy.

“You can only understand people if you feel them in yourself.” – John Steinbeck

It was that empathy and a sense of being able to understand others (cats included) that made me choose Psychology as a major in university. However, by the time I finished my undergraduate degree, I’d determined that Psychology was not the career path for me. Partly because the idea of more school turned me off, but more significantly, I didn’t like the methodology and especially the patience required to practice psychology professionally. When you feel as though you can see partly into a person’s ‘soul’, sometimes trying to talk to their brain can feel a bit boring.

Not knowing what I wanted to do with my life, I decided to take a series of personality and career aptitude tests. The results suggested two career paths: Marketing or Priest. Being agnostic at that time, my choice seemed obvious, so I found a job at a small print advertising agency. Later I dabbled a bit in other fields; researcher, lobbyist, entrepreneur, musician/sound engineer (music speaks to our souls too by the way), but I always seemed to land back in marketing and for the last 15+ years I have worked in digital marketing exclusively.

Roughly a year and a half ago, the agency where I’d worked for 10 years was going through its second round of downsizing, and I lost my job. After taking on a couple of freelance contracts, I decided to launch my own agency. I joined a mentorship program and peer group to fill the gaps in my knowledge and skills. Along the way, something happened that I never planned or intended.

Once I’d completed the training portion of the program, I decided to record a quick video to thank the faculty and to provide some words of encouragement for newcomers who had just joined. In that video, I said something a bit odd in reference to one of the faculty: “I appreciate your balls in your face approach to sales”. It just sort of slipped out. I’m not sure why; maybe because “in your face” alone seemed cliché or just for extra emphasis. Well, that line escalated into a joke between some peers, which then escalated into a joke video for a joke agency. I’d thrown the video together in a couple of hours thinking it was just a good laugh between a small group of insiders. However, everyone who saw it seemed to get a laugh whether or not they knew the context. Before long, some faculty suggested it should be a Podcast or YouTube channel. One week later, we’d recorded our first episode of “BALLZ IN YOUR FACE MARKETING”.

Three months later (now as I write this), there are 30 episodes (each 30-minutes to over an hour), the guests keep getting better, the audience keeps growing, and through bizarre circumstances, I found myself being the sole host and producer, speaking with one guest at a time. Everything has happened fast and organically, with each conversation almost setting up the next, as if by design, but I assure you very little planning was involved.

Back to healing the world.

The purpose of this show was very clear from the beginning; to talk about sales and marketing in an honest and straightforward way that provides value to others (and maybe have a few laughs along the way). It appears however that many, if not most of the guests want to talk about some other stuff too: Society, values, culture, politics, consciousness and the nature of the mind, even the universe itself. It’s not that they’re veering off course, speaking off point. Fundamentally, marketing and communications go hand in hand. These guests are all “communicators” and they all seem to share some other common characteristics. They are ambitious, intelligent, strong, and they share my desire to help others without expecting something in return. Also, I think they (as do I) see something deeply wrong with modern society; a break down of genuine communication between segments of the population, a loss of shared values and shared purpose and a collective deterioration of individual and critical thought. The net result of which is a collective hurt.

It’s not that these people are sitting on the sidelines or are above the fray, free from assaults against them or devoid of feelings as a consequence. Quite the contrary; I think they feel things deeply, regardless of whether those assaults are directed at them, or against others. That’s the empathy in them. Rather it’s that they have the strength and intelligence to rise above it and the courage to put themselves out there, to risk more, so as to set a new example, with renewed values and purpose. If you listen to these episodes you’ll see that each guest has a clear and concise message, all of them positive and optimistic.

Here’s mine – If you take a broad look at the full history of humanity, what’s most normal has been death, disease, famine, and war. If you look at just the past 200 years, the progress and reduction of these is nothing short of amazing! Many of us today already enjoy unbelievable health, freedom, and peace, and that trend continues to spread across the world. Our forefathers and foremothers sacrificed a great deal for us to enjoy these splendors, and we have an obligation to honor those sacrifices and build upon them for the generations who follow us.

Humans figured out thousands of years ago that as a species we have propensities towards both good and evil. As recently as 1916 Carl Jung introduced the idea of a “collective consciousness”. Why bring these up? Because I believe modern communications and the internet facilitate and accelerate that collective consciousness. However, before we can move forward we have some way to go in rediscovering these past teachings and truths.

My point is, the internet itself hasn’t turned us into jerks or saints as some have argued based on online behaviors (trolling and moaning), it simply reveals to us what we always were and will continue to be; a collective consciousness made up of individuals, each with his or her better angels and darker demons. How we choose to use social media is up to each of us individually. But the less we act like jerks online and the less hypersensitive we become to each other’s thoughts, ideas, and differences, the sooner we’ll be able to heal the collective wounds and continue the good work of our ancestors, by advancing our collective consciousness to a higher ground.

I don’t know whether it’s the universe, the collective consciousness, computer algorithms, or a combination of some or all of these that has brought me together with these guests at this time. And frankly, that doesn’t matter. What matters is that there appears to be a new movement afoot – A push-back against the pervasive groupthink and grievance culture, in favor of one that celebrates individuality, freedom, fulfillment, and purpose – achieved through dialogue, critical thought and a return to longer attention spans.

Let’s stop the moaning and get on with our jobs!